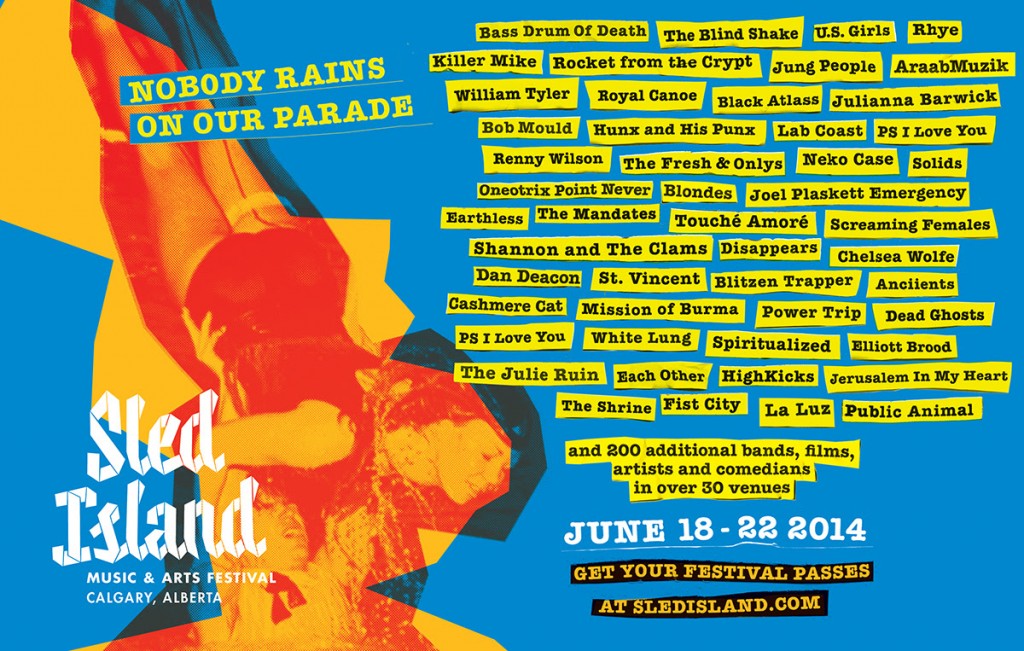 Sled Island has released another wave of performers for the June festival, including great Calgary bands The Mandates, Lab Coast, 36?, Teledrome, and Holgans.

You can check out the entire Sled ’14 lineup at sledisland.com.